Great! We’re off to Pictoplasma

It’s been a great week for festival announcements at Trunk HQ! Our director’s Rok Predin and Alasdair + Jock film’s ‘One of a Kind’ and ‘Earthworm Heart’ both have been accepted into Pictoplasma 2015 in Berlin. We are very proud, congratulations boys! 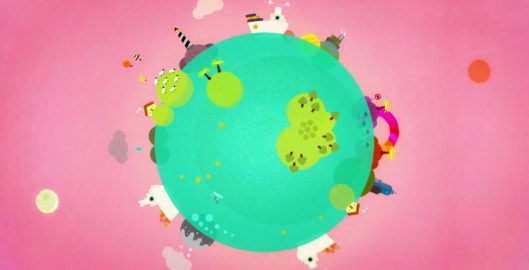 A film to raise awareness to the IMO’s role in protecting the world’s ocean environment.

Trunk’s Al + Jock create a short for the IMO.

Trunk’s Alasdair + Jock create an engaging and joyful short for the mighty IMO.

Having previously enjoyed creating a film to celebrate the Day of the Seafarer for the International Maritime Organization, Alasdair Brotherston and Jock Mooney were chuffed when they were asked to create another short for this prestigious body (www.imo.org) This time a short was needed to draw attention to the IMO’s role in protecting the world’s ocean environment. Overseeing the transportation of 12 billion tonnes of freight to every continent on earth requires the IMO to actively work with environment, academic and government agencies to embed environmental protocols and best practice initiatives across the entire planet.

Building on the previous films success a concept, script and look were developed that gave the guys at Trunk a lot of creative freedom. The proposed short would form part of an educational pack that will engage and start a conversation about the oceans environment with children aged 9-14 in the classroom.

For Alasdair and Jock working on a film for this particular target audience was new territory as Jock notes. “ We have never created something entirely for children before but adapting our style to engage with such a young age group was a joyful process. Both me and Alasdair ended up putting a lot of work into the short that was not perhaps strictly necessary, but we became engrossed in the details!” For the sharp eyed there is a reference to ‘Blinky’ the three-eyed fish from the Simpsons while some of the hand drawn textures have been influenced by Japanese printed textiles.  Alasdair notes “The boat went through 15 different incarnations before we cracked it” the tooting funnel was lifted straight from the early Disney classic Steamboat Willie “We wanted a boat that was not babyish or too simplistic yet would not be too realistic” Jock continues “We wanted the short to be engaging without being schoolmarmish or preachy”

The short is certainly neither of those, and is a joy to watch, displaying a beautiful colour palette with plenty of trademark Alasdair + Jock elements. Jock’s favourite element in this piece was the pod of narwhals at the end. Overall the short perfectly informs and entertains.

A highlight for both Alasdair + Jock was working with the immensely talented Joanna Scanlan. Alasdair notes “It’s always frightening meeting someone whose work you love but Joanna was a true professional, charming and funny and we had a great time directing the voice over to our script, Jock even pitched in providing the whistling used on the soundtrack”. Trunk’s friend and internationally respected composer Daniel Pemberton provided a superb score that neither smacks of Blue Peter or Captain Pugwash! And as always Fonic provided the sound and mix.

Created using Photoshop, Flash and After Effects the short has become one of Alasdair + Jocks favourite works. They both emphasise that it was a great opportunity to work on a commercial job that enabled them to be involved in every element of the production from script through animation to sound design. 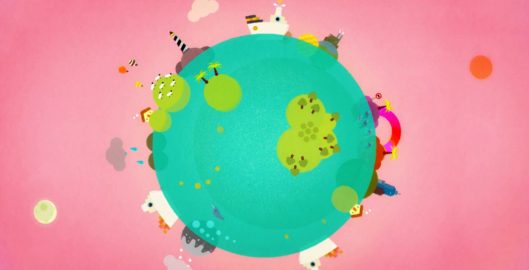 Here’s a lovely treat for a Thursday morning. It’s Alasdair+Jock’s new piece for the International Maritime Organisation. Voiced by the lovely Joanna Scanlan it explains the work of the IMO to children. 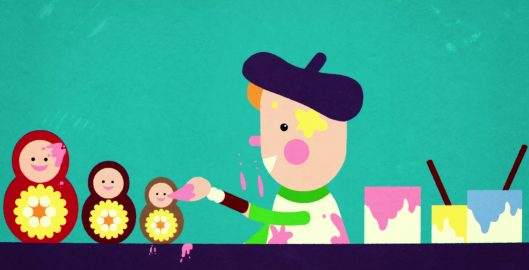 Alasdair+Jock were thrilled to get to work with the amazing Joanna Scanlan in a voiceover session just before Christmas. We’re all huge fans of The Thick of It here in the studio, it’s where we’ve picked up most of our best swearing, so it was really exciting to meet her. She did an excellent job and you’ll be able to see the finished result before the end of January.

Mila Furstova at the Eames Gallery

Here’s an image from our joint chat with Mila Furstova about the Coldplay project last night at Eames Fine Art. Mila’s exhibition is on till the 19th!

IMO | Day of the Seafarers

Each year more than 12 billion tons of freight is shipped around the world. That’s 90% of all household goods as well as over 2 billion tons of fuel and that’s even before we get to all the grain and food! Trunk’s director’s Alasdair Brotherston + Jock Mooney have been on this factual journey, whilst creating a short about ‘Day of the Seafarer’ which falls on the 25th June.  The minute long film is pure Alasdair + Jock. Initially taking inspiration from the beautiful illustrations of Charley Harper and iconic 1920’s and 30’s travel posters the work quickly evolved into a more painterly hybrid style that sits between the two sources.

Jock noted, “ We loved working on the project not only as it was for such a good cause but the IMO (International Maritime Organization) gave me and Alasdair a lot of creative freedom, allowing us to build on the style we had evolved creating our short “Gelato go Home”. We used the same brilliant composer James Orman who produced a soundtrack just the right side of Dire Straits and Barnaby Templer at Fonic who once again created the sound design. Alasdair introduced some lovely cuts and wipes my personal favourite was seeing the icebergs turn into the cat’s ears!”

The film is a visual journey that makes subtle connections between all the things we take for granted, from bread to rubber ducks, to the seafarers who risk their lives to deliver them. The last shot shows an entire town lit with the message “Thank You”. Alasdair stated “ We worked hard to get the balance right throughout the film so that it wasn’t patronising or too gushing we wanted to show the reality of the situation, all be it with a big dollop of artistic licence.”

The beautiful short reads like a panel book with each shot being perfectly composed and balanced, a subtle and detailed use of colour ties the short together. Remember the 25th of June the Day of the Seafarers it’s a great tribute to the 1.5 million seafarers who ply their trade to keep the world’s commerce and industry a float!