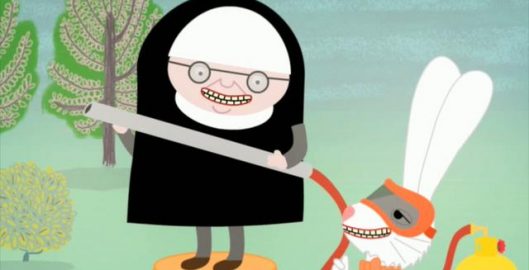 Coming to an internet near you soon…

Commissioned by BBC Comedy we've been working our Wacom tablets to the bone animating 5 episodes in three weeks.