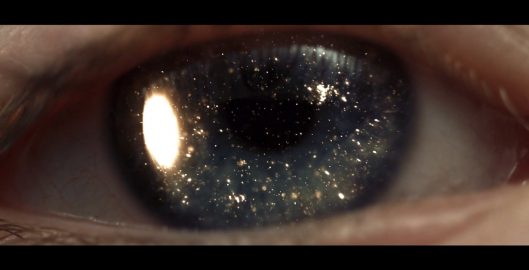 The music avalanche continues at the studio. Junior has just completed a wonderfully unsettling video for Solomon Grey. See if you can find the cameo role played by our very own Richard “Cap’n Barnacles” Barnett

Solomon Grey are composers Joe Wilson and Tom Kingston, known for amongst other things, their acclaimed score for Casual Vacancy, the BBC and HBO adaptation of J K Rowling’s best-selling novel.

Following the success of their 2015 release’s, Selected Works and Selected Features, the band released their self-titled debut album on Friday – 18th March 2016. Notion Magazine described their music as “incredible vocals working flawlessly with the heavy and complex electronic melodies”, and noted that “Solomon Grey have been hard at work crafting their own unique sound”.

For their track ‘Sweet 84’ the band wanted to work with a director who would be able to capture the feelings and emotions of the track, “When we were writing sweet 84 we got obsessed with our childhoods and the memories we still held onto. Our parents watching the news, being held up on their shoulders, falling asleep in the back of the car and being carried into bed while sleeping, …becoming aware of the wider world and its enormity”.

Junior flew to London and met with the band and they quickly developed a great rapport. Junior states, ”It was wonderful working with Joe and Tom, both had loads of great ideas and references were soon bouncing off everyone and we were quickly in tune with each other. From this collaboration Richard and I put together a running script detailing the kind of shots we wanted to do and the guys were delighted with that and told us to go ahead. They trusted me a 100% which whilst daunting really allowed me to concentrate and totally zone in during the shoot”.

To capture the sense of unease that comes with the unknown, Junior directed the video from a small girls point of view. We see her happily playing and running around with her toys, whilst in the background there are ever-ominous signs. The TV is full of war scenes, flashing blue and red lights tint the landscape, and veiled camera angles obscure our view. Junior describes that feeling “as though you are in a fairy tale, the feeling that whatever is lurking in the background will rush out and eat you, but of course never does”. Junior used the depth of field, palette, and colour grade, to play and build on the suspense that lives within the action, always playing with this suggestion of danger and threat, rather than showing anything overtly dangerous itself.

The small girl who stars in the video was a family friend. Junior said, “Working with her was great we allowed her innocence and sense of play to shine through, rather than directing I more than often just filmed her going about her play, by the end she was directing herself! Choosing how and where to place props it was like having a mini Kubrick on set. But this approach in essence allowed us to be the ‘dark presence’. I controlled the focus and lighting and brought in a lot of film references for each shot, that aimed to give an overarching feel of unease”.

The video was filmed over two days, the first on set in the mountains overlooking Junior’s home city of Barcelona, and the second in the streets of the city itself. Richard and the Trunk team worked with Spanish producer Mireia Jordán to help put the team together, and DOP Jon D. Dominguez who Junior has worked with on a number of projects. Richard notes, “The team were amazing and worked so hard to achieve Junior’s vision, it was an absolute pleasure to work with them, and I can’t wait to do it all over again!”.

The final piece is poetic and unnerving, like a collage, with a sense of peril and tension. Ambiguous and with a deliberate subtle narrative, it perfectly captures the sense of foreboding within the music. The band was delighted with the end result. Discussing Junior the band state “He has done a great job of bringing to life what was in our heads when we wrote the track. It mirrors a lot of what our own children’s experiences must be now, and what they must be taking in from the world around them”.