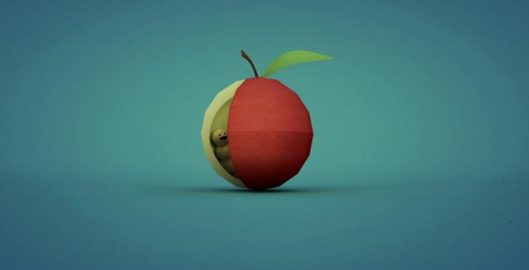 Here’s Rok Predin’s latest short film project. The film initially suggests a child’s ‘lift the flap’ book but it quickly subverts this familiar visual narrative and confounds the viewer’s anticipations. As Rok says the visual journey “lets the viewer ponder the traditional relationship between internal and external space while being a very visually pleasing film ”. The use of a beautiful pared down palette reinforces the viewer’s engagement with the short creating a mesmerising and incredibly engaging film. The spooky soundtrack was created by Ivan Arnold who Rok previously collaborated with on the award winning ‘Winter Poem’. “Inside” was created using Cinema 4D and composited using After Effects. It was conceived, animated, composited and directed by Rok Predin.