The Beatles | Back in the USSR

With Alasdair + Jock’s first Beatles video for ‘Glass Onion’ barely backed up to the ‘cloud’, the Trunk phone once again brings Beatles mania to the studio.

This time Alasdair + Jock were asked to direct a lyric video for one of the album’s most famous tracks ‘Back In The U.S.S.R’. The song is a perfect pastiche of the Beach Boys happy go lucky sound, parodying the carefree ‘California Girls’ but with a satirical twist. Fifty years ago The Beatles’ track was an instant hit and with Giles Martin’s updated mix, once again it’s sounding amazing. 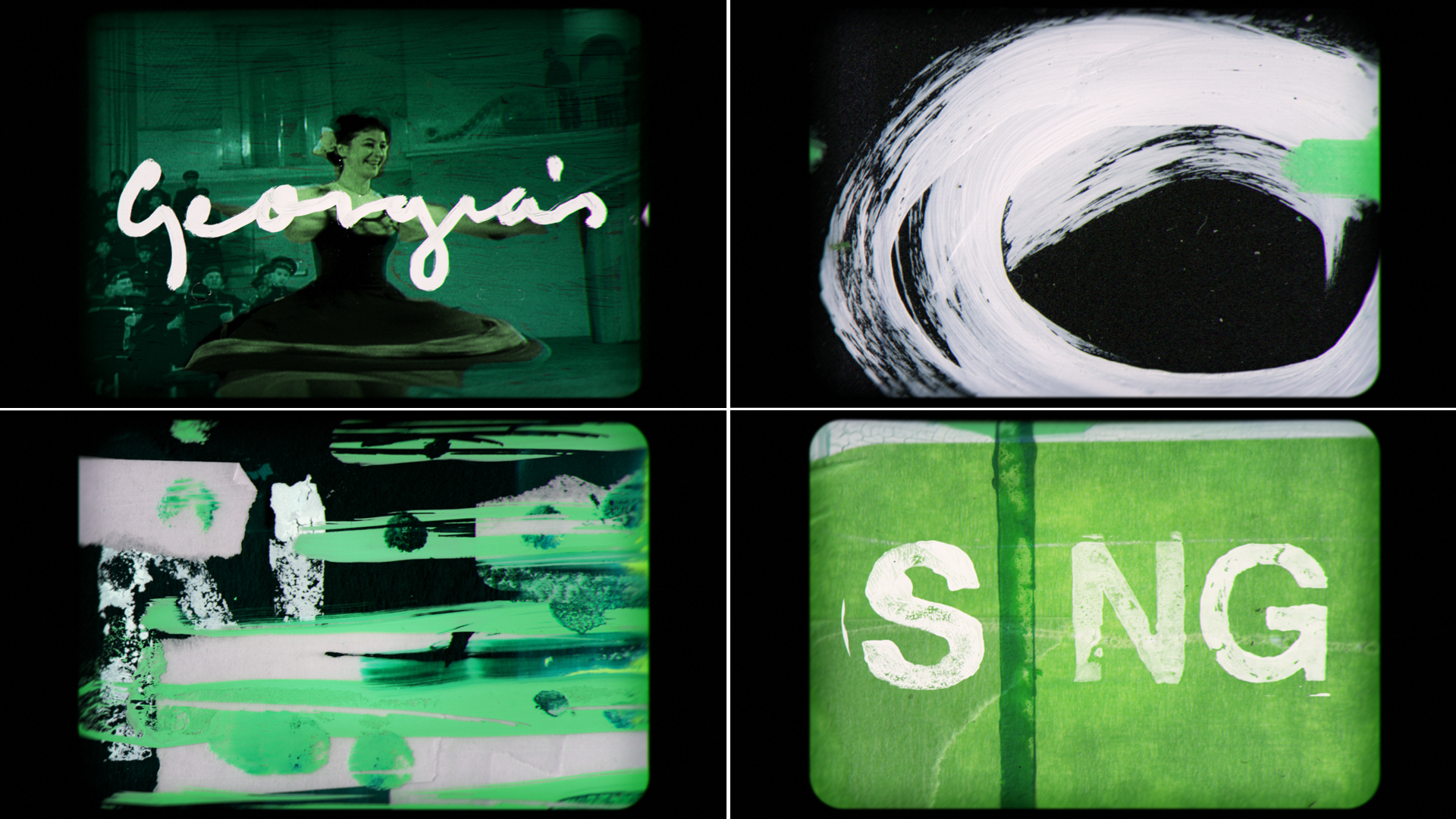 The initial idea for the video came from two places; Paul’s handwritten lyric sheet, unusually written in green ink, and the pared back White Album cover itself. The concept was to play with white textures on white backgrounds and then have wild dashes of green strike into the piece to add flares of colour. Having played with some scratch film techniques in Glass Onion, it was felt that this was a good area to start from.

Jock Mooney led the team experimenting with different paint techniques, ensuring a host of different paint effects made the cut. As with ‘Glass Onion’ each frame was printed out. These frames were then heavily artworked by hand, sometimes multiple times in order to get a boil across the textures. The green from Paul’s handwriting became a big part as hundreds of sheets of acetate were traced by Layla Atkinson, who also left handed, managed to get into the flow of Paul’s writing. With Alasdair Brotherston editing, the numerous layers of artwork and footage were pulled together to form beautiful near chaotic sequences that also have that nice little hint of Beatles humour flowing through.

Alasdair + Jock  noted, “Getting asked to make a video for Back In The U.S.S.R felt like a massive vote of confidence for the hard work we put in to Glass Onion over the summer. Everyone involved agreed that the two videos should feel from the same family but that this video should focus less on footage of the band. During the making of ‘Glass Onion’ we spent a lot of time working with Archivist Aaron Bremner who would send over clips and excerpts from reels that would often come with the film leaders replete with scrawled writing, printed lines and letters and punched holes. We thought that making a video based on this visual language could feel really fresh and urgent and perfectly match the energy of the track, as well as capturing something of the process we had been working through. When the team sent over the handwritten lyric sheet from Paul McCartney it really completed the picture. This, coupled with footage shot in airports and on board airplanes by the Beatles themselves, really gave the video an intimate, personal touch.”

Like Glass Onion, the final video is a tour de force, again using a wide variety of media and mediums. As well as paint, sharpies, and Posca pens, sections were also linocut, scratched, cracked, layered and printed, as well as being manipulated in Photoshop.

Layla pointed out that “As always when undertaking a project, challenges arise from unexpected areas. Alasdair + Jock had a very clear idea of the sort of brushstroke they wanted in the artwork. We were using a frame size of six by four centimetres per image to achieve the aesthetic they wanted. With each of these tiny images needing to be blown up to widesceen we had to scan each frame at 600dpi. Each scan took about one minute. Working at twelve frames per second over a piece lasting almost three minutes the scanning time really mounted up.”

With two Beatles videos now delivered, the opportunity was not lost on producer Richard Barnett who noted “22 years ago, I clearly remember sitting at my desk in my bedroom, supposedly revising for exams, but instead rocking out to the Beatles. Who would have thought that culture was more important than exams?”