Trunk’s directors Lore&Jun made this fun short film for a new science museum in Angola.
They were tasked with creating a simple and joyful animation that captures the alteration of an old soap factory into a new cultural venue. With a nod to W. Heath Robinson and elements of the Mouse Trap board game we enter the factory and observe the change from the production of Sabao, soap in Portuguese, to the cleaning and creation of the new museum. 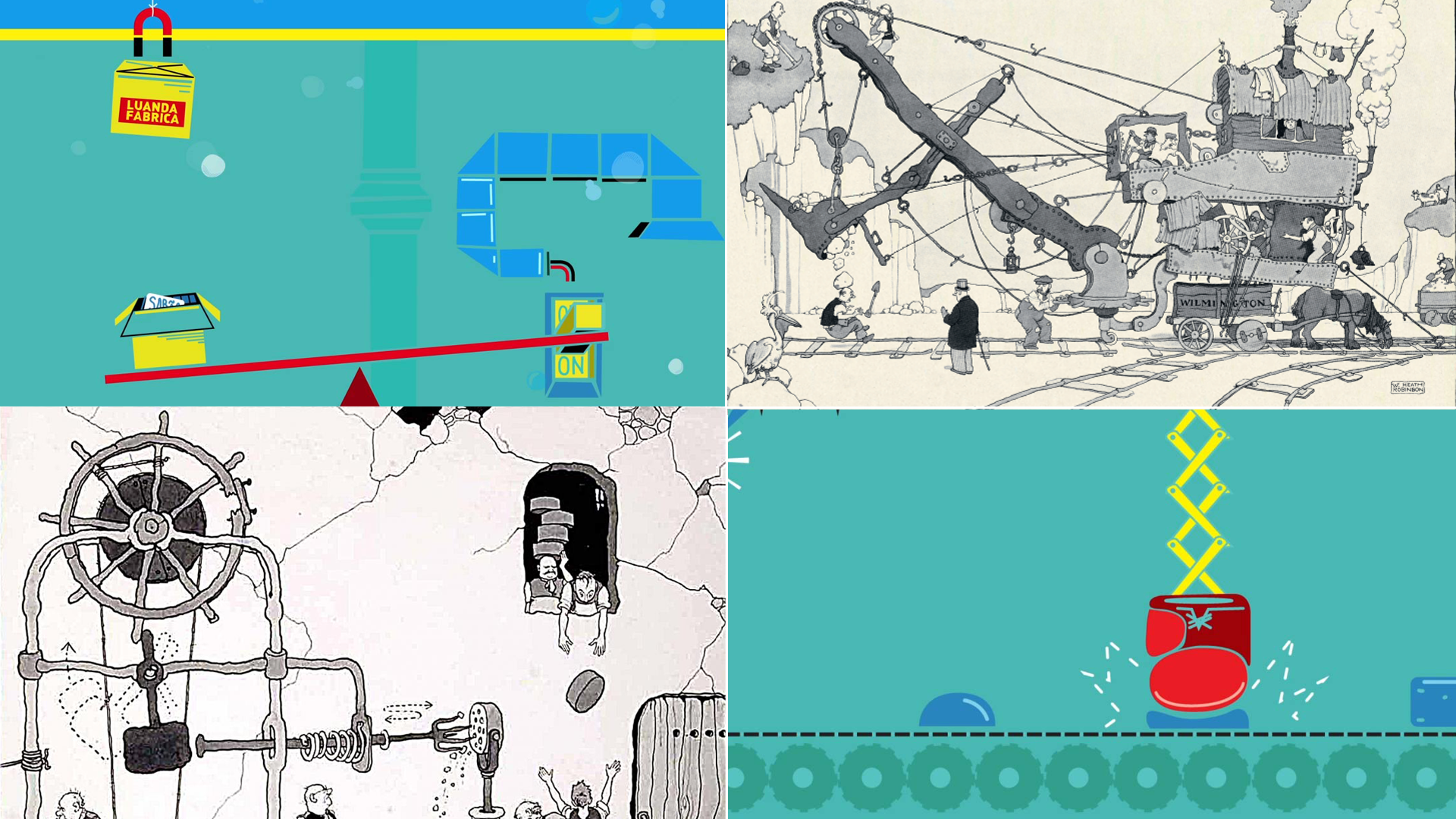 The old soap factory, has been refurbished and is now lined with old shipping containers which have been turned into offices, workshops, meeting rooms, an observatory, an aquarium and a market place where products made at Fábrica de Sabão are sold. The museum is part of a major redevelopment of Angola’s capital city Luanda.

Working to both a tight budget and time frame the promotional film was greeted with enthusiasm by the museum’s directors. They loved the beautiful colour palette that adds to the child like joy of the animation, which is full of quirky connected sequences. The film is accompanied by a wonderful score composed by Philippe Lenzini, which captures the spirit of the rebirth of this capital city.
Following the success of the film the museum directors have asked Lore&Jun to create a range of interactive and information animations that will accompany the coming exhibits. Watch this space.