In the summer we were approached by our old friend Daniel Pemberton who asked us to get involved with a very cool project he’d been working on. He sent us a link to the amazing Netflix documentary Rising Phoenix, once we’d watched it and wiped away our tears we jumped at the chance to get involved.

Rising Phoenix tells the story of  nine Paralympian athletes and their journey in the competition. It’s a very powerful piece of work from the directors of McQueen, the documentary about fashion designer Alexander McQueen. Daniel’s score for the film ties the whole piece together beautifully. 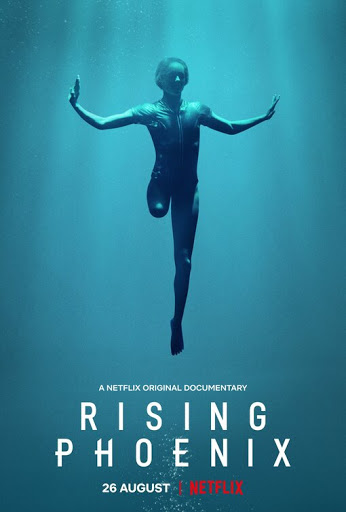 For the end credits Daniel collaborated with three disabled rappers, GeorgeTragic, Keith Jones ad Toni Hickman. As he notes “I always wanted to do a hip-hop track because it lent itself to that kind of energy, poetry, aggression and power that felt like a natural fit. So we found three artists, from different areas, different backgrounds — a diverse range of talents, voices, attitudes and performances that could work together on the song.”

We took this powerful track and created a lyric video using typography and clips from the film.