Universal and Apple Corps Ltd asked our directors Alasdair+Jock to create a music video for The Beatles, ‘Glass Onion’, the third track on the re-release of the White Album.

The album was released with a fold out A2 poster, also created by Hamilton, alongside Paul McCartney, and it was this that the team was asked to take inspiration from. Working with a static artwork as a starting point became a wonderful challenge. The White Album poster contains a montage of images including photographs, strips of film, drawings, and hand coloured elements, all of which were provided by the band to Hamilton and McCartney, and which reflect the eclectic nature of the album’s tracks. 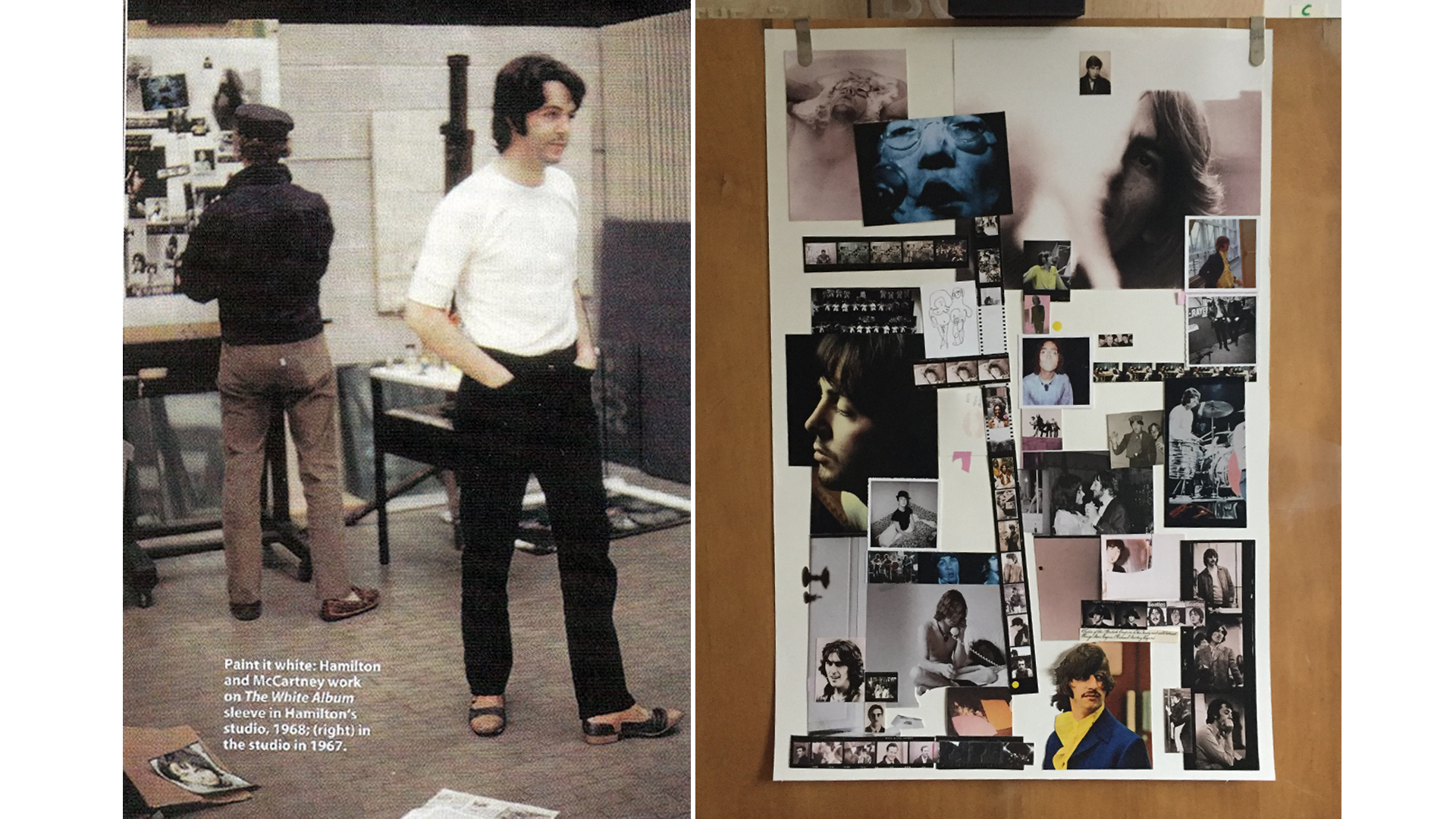 The team at Trunk, headed by Producer Richard Barnett and Layla Atkinson, alongside Directors Alasdair Brotherston and Jock Mooney, decided to create a piece which showed the artworks curatorial decision making process, as though through the eyes of Hamilton and McCartney. As the track plays, images are added and removed, elements are coloured and manipulated, film footage is run and spliced, and drawn elements are brought to life. With access to both Apple Corps Ltd.’s archive and Paul McCartney’s personal archive, Alasdair + Jock were able to include images that tell the stories behind the creation and distribution of the album as well as images that reflect the lyrics. 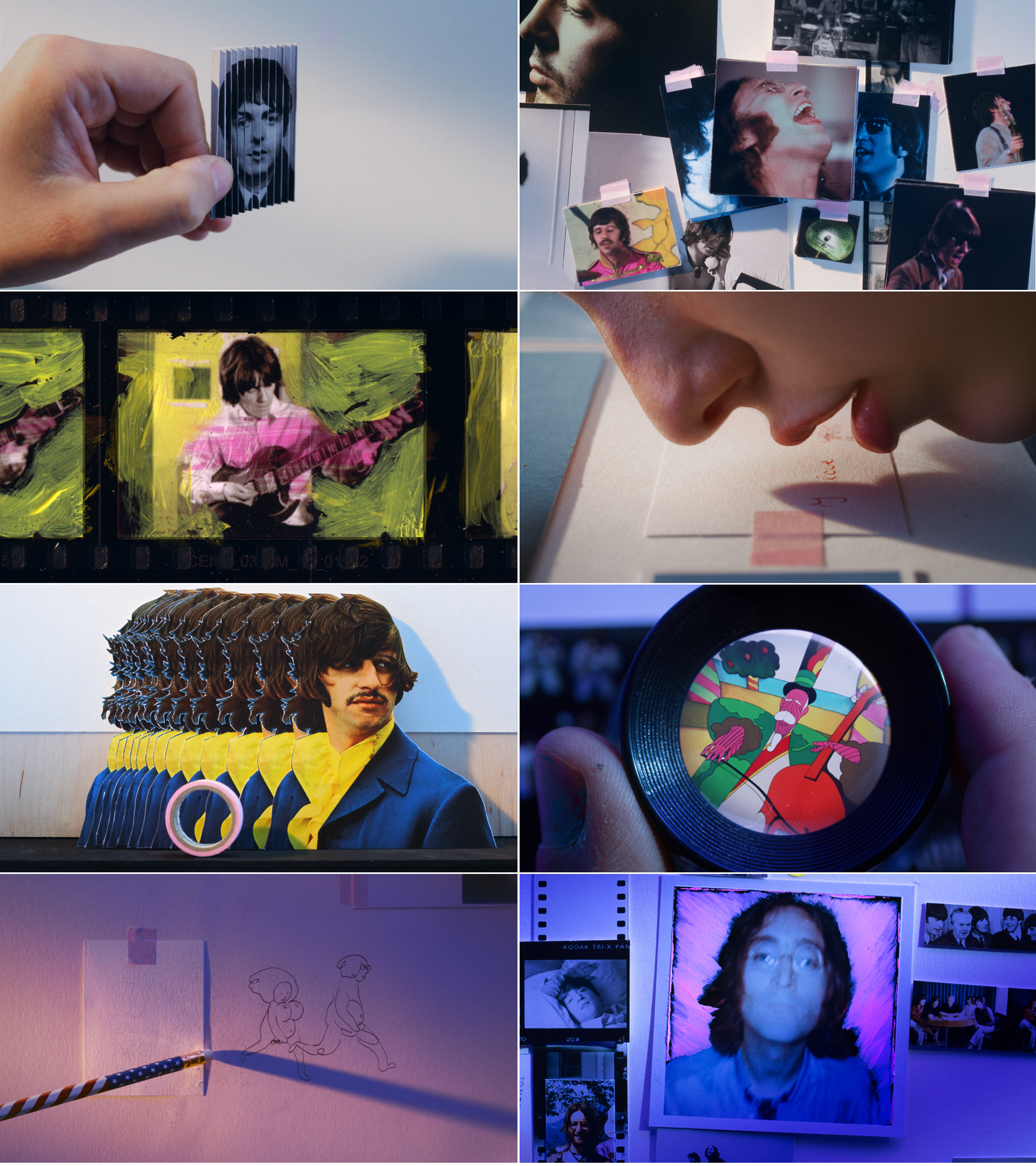 As with all their projects, Alasdair + Jock went into overdrive on the research and development, finding the backstories of individual featured images, where they were from, and what was going on at the time. To note any specific ideas would be to give away the joy of the hunt, but needless to say each sequence holds a back story, and a little bit of Beatles history, so look out!

the team used a plethora of techniques to bring the piece alive, including stop motion, live action, hand drawn 2D on paper, 3D modelling, scratch film, rostrum cut out replacements, pixilation and hand painted artworking. With Jock Mooney’s artistic eye heading up the artworking, and Layla Atkinson heading up the printing, the pre-production on the project was intense. In order to achieve the final look, thousands of photographs from archive sources were edited, printed out, numbered, and either painted on, scratched, or generally man handled, before being shot under a motion control camera. As the video contained so many different techniques there was never a dull moment, from building sets that represented Richard Hamilton’s studio to carefully cutting out thousands of photos including some particularly scissor tricky images of Ringo Starr, who at the time sported a fabulously shaggy hairstyle. On most projects you have perhaps two or three challenging shots, but with there being so many hand crafted techniques, and by pushing the motion control rig to the limit, nothing was easy. The shooting of this project was a battle between creative desire and technical limitations. However, with such an amazing camera team, headed by DOP Pete Ellmore, although there were some late nights, the team captured everything they needed and more. Stitching all the shot footage together was always going to be a reasonable battle, but with such beautiful source imagery, and with expert planning and the masterful hand of Alasdair Brotherston in the compositing seat, it all came together seamlessly. 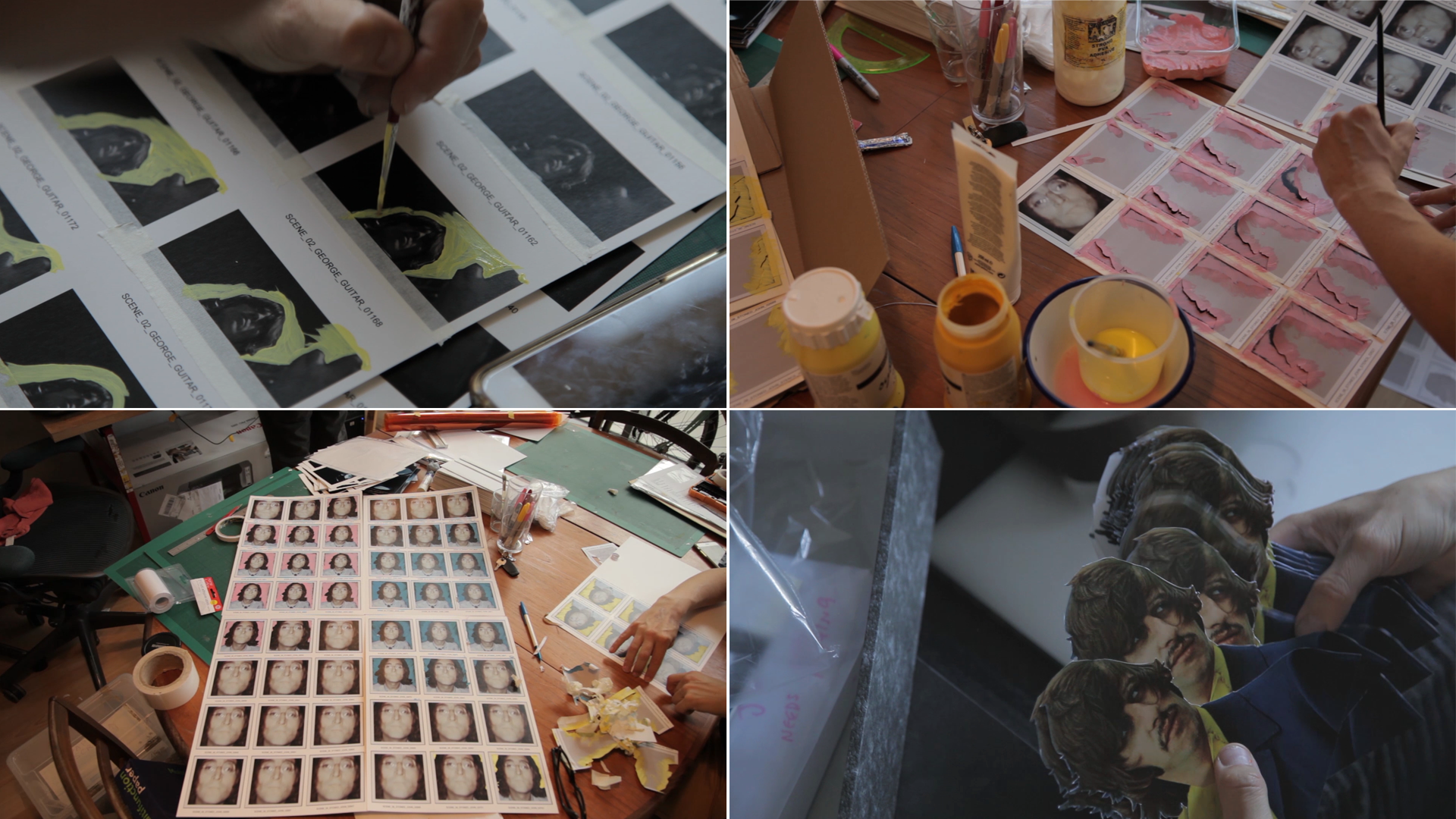 Directors Alasdair and Jock noted, “Working on such an important album was an honour, and it was great to work with Apple’s archivist Aaron Bremner, who was able to supply high quality footage for some of the most abstract references! It was key for us to get the right images to tell the story of not only the poster, but the album and all those involved with it. Hopefully we’ve captured a part of the magic, the frenzy and turbulent process of making such an amazing album”. 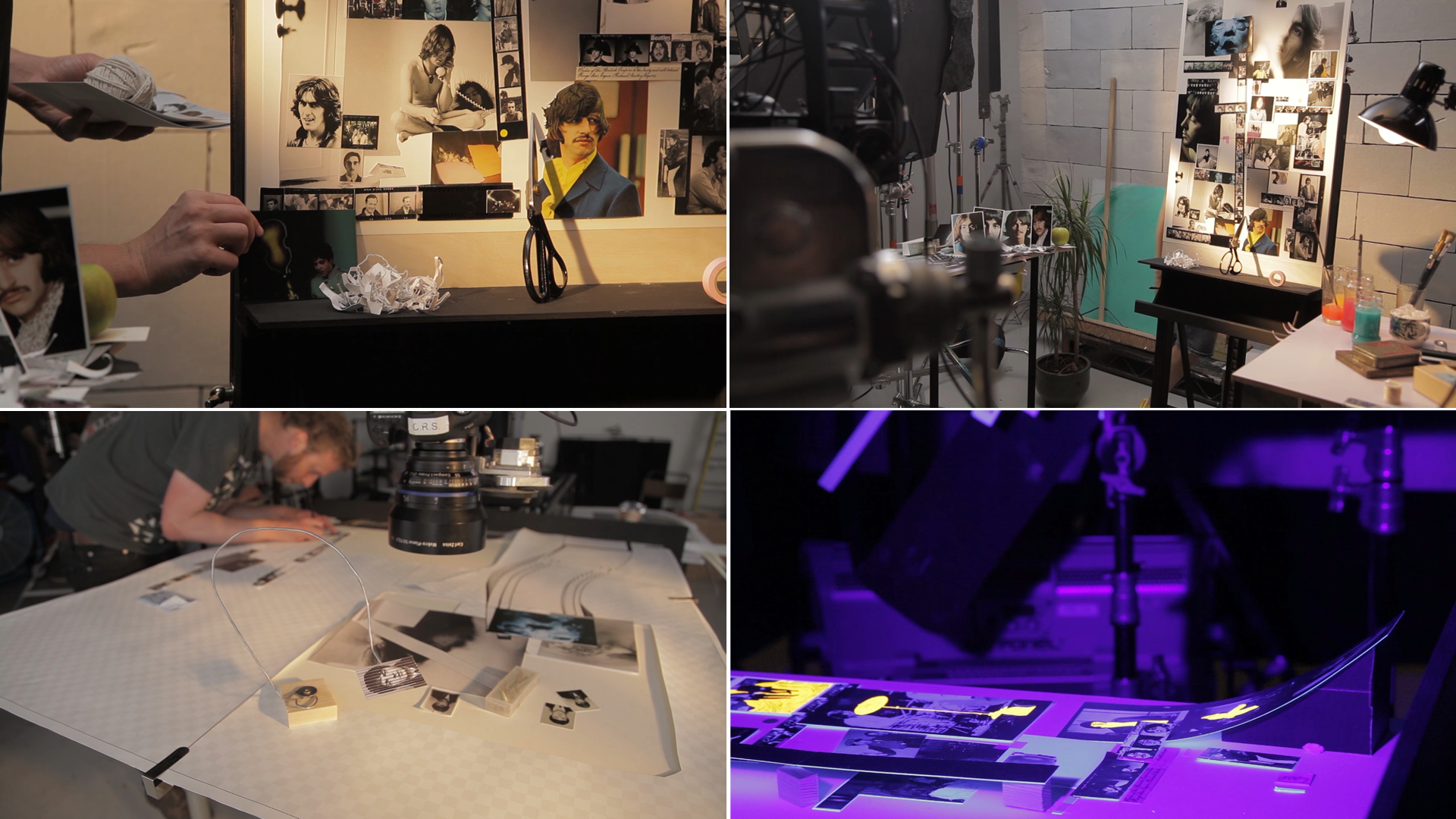 Universal and Apple Corps supported Alasdair + Jock’s ideas, trusted their opinions, and were always interested to understand the process and their creative decision making. The process is reflected in the final film, a visual love letter to all the Beatles fans whose hearts have been in our minds throughout the journey. We really hope they like it! 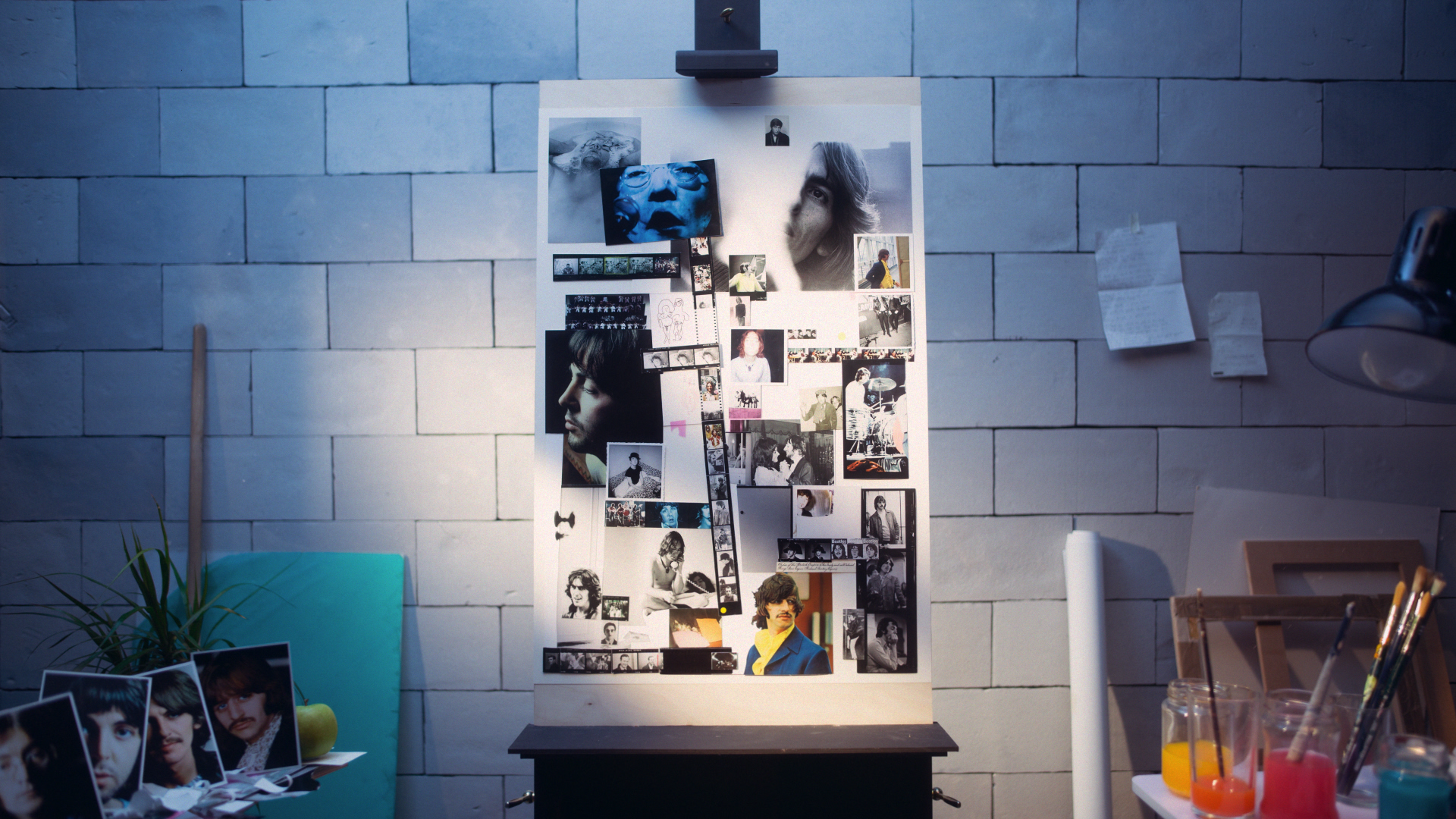